Celebrating over 65 Years of Success

The company was founded in 1953 when Enrico Roman emigrated here from Italy. Enrico’s son, Al Roman, incorporated the company and expanded the company into commercial and public works projects. Today Pete and Andy Roman, Al’s sons with combined experience of 55 years, operate the company and are actively involved in each project from inception to completion.

We have a long standing safety program in place which is implemented on each of our project sites.  We strive to satisfy all of our clients’ needs and expectations with our service. 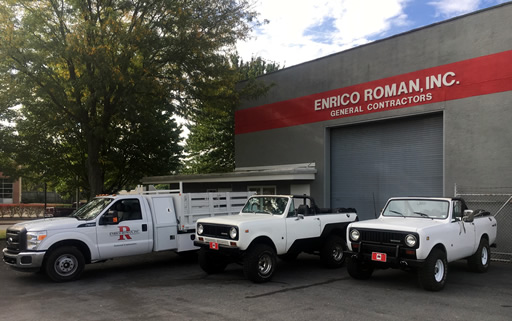 The workmanship that went into our fitout was top notch.  You transformed an existing space that may have worked well for one business and totally redesigned it into a professional/functional area to meet our needs.
Peggy Dolan, Executive Director, Kelly Anne Dolan Memorial Fund 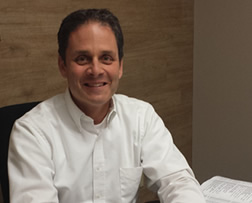 Pete Roman, President
Pete has been in the construction business for 32 years. He graduated from Temple University with degrees in Civil Engineering and Building Construction. Pete joined Enrico Roman in 1989 under Al Roman’s presidency holding many positions until he took over ownership and presidency of the company in 2005. Pete has served on the Board of Colonial American Bank, the Board of Trustees of Wentz Farmstead Society and the Presidential Advisory Board for Bishop McDevitt High School. He volunteers as a High School CYO Basketball and Soccer Coach, along with assisting at the Missionary Sisters of Charity in Norristown, PA with meals for underprivileged adults and children. 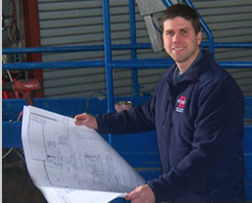 Andrew Roman, Vice President
Andy has been in the construction business for 28 years. He graduated Wentworth Institute of Technology earning dual BS degrees in Construction Management and Engineering Technology. Andy joined Enrico Roman in 1997. He currently holds the position of Vice President.